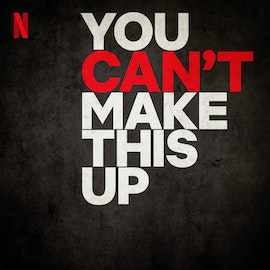 Comedian Matt Bellassai talks with the team behind Evil Genius, Trey Borzillieri, executive producer/co-director, and Barbara Shroeder, writer/co-director. Evil Genius: The True Story of America’s Most Diabolical Bank Heist is a four part Netflix docuseries about a man who goes to deliver a pizza, but gets a bomb strapped to his neck and sent on a scavenger hunt to rob a bank. Trey and Barbara discuss what it was like to open a cold case, interview conspirators in the crime, and find out details no one else has. Plus, Trey and Barbara reveal what they're watching on Netflix.

Comedian Matt Bellassai will be talking with the people behind Evil Genius, executive producer/co-director Trey Borzillieri and...
Let's Go!