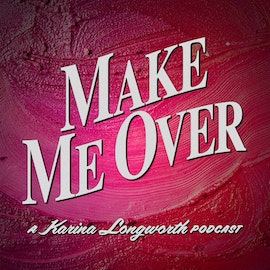 Glamorous and shrewd, Sylvia of Hollywood became the movie industry’s first weight-loss guru during the end of the silent era. An immigrant of mysterious origin, she would cannily market herself to clients like Gloria Swanson, who she promised to ‘slenderize, refine, reduce and squeeze’ into shape. But her taste for gossip and publicity would become her downfall in the 1930s when she published a catty tell-all memoir about her star clients. This episode was written and performed by Christina Newland, an award-winning journalist on film, pop culture and boxing at Sight & Sound Magazine, Little White Lies, VICE, Hazlitt, The Ringer and others. She loves 70s Americana, boxing flicks, fashion and old Hollywood lore. She was born in New York and lives in Nottingham, England.

At the age of 18, actress Molly O’Day’s career showed great promise — the only thing holding her back was a bit of pubescent pudge. When...
Let's Go!

In 1933, the biggest female star in American movies wasn’t a sex symbol like Greta Garbo, Jean Harlow or Marlene Dietrich. It was Marie...
Let's Go!