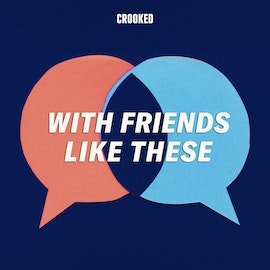 After the National Guard descended on Minneapolis to enforce an 8PM curfew on the streets, advocates for those living on the streets bought a block of rooms at a shuttered Sheraton to house them. The volunteers decided to impose as little authority as possible, hoping that a radical approach to harm reduction would empower the residents. But their experiment went terribly wrong.

The Berkeley Socialist Behind Mass Incarceration (with Heather Ann Thompson)

Robert Martinson was a radical anti-racist activist in the 1960s: He ran for mayor in Berkeley as a socialist. He was arrested in...
Let's Go!

Who Watches the Weight Watchers?

CW: Eating disorders, dieting.Aubrey Gordon, of Maintenance Phase and “Your Fat Friend,” joins to take us through the twisty history of...
Let's Go!