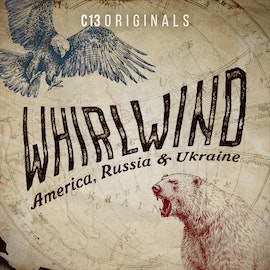 Russia is committing atrocities, destroying cities and killing thousands of civilians in Ukraine. But Putin’s dreams of conquest are being shattered – first and foremost by the will of the Ukrainian people – but also by American counter-efforts. And now, as Ukraine fights for freedom, democracy, and truth, so does the world. In two new episodes, C13Originals re-teams with Pulitzer Prize-winning and New York Times bestselling author Tim Weiner to expand the acclaimed documentary series with a new focus on the war in Ukraine, Russia’s threat to democracy, and the roles of intelligence and disinformation in 21st century political warfare.

As the United States moves on from the Trump presidency, it begins adjusting to meet the demands of 21st century geopolitics. In the...
Let's Go!

Four CIA veterans explore how American intelligence is shaping the battlefield in Ukraine--and taking the fight to Russia.
Let's Go!