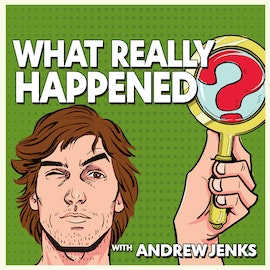 Before he even won his second championship, Michael Jordan wasn’t just the best basketball player in the league, he also had the perfect image. But then in 1992, a book came out, ‘The Jordan Rules’, and the public and media couldn't believe it - Jordan was human. About a year later, he retired. But why did he leave the game in his prime? Was it a secret suspension? Did he really want to play minor league baseball? Could any of the conspiracy theories be true?

Did everyone miss the true nature of Britney Spears’ ‘meltdown’? Now, 10 years later, there is growing attention being paid to a little...
Let's Go!

Andrew Jenks was ready to sell his new movie based on the inspirational Winston Churchill, who had chronic depression but still saved...
Let's Go!