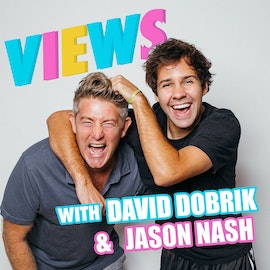 Jason talks about his dinner with his ex-wife’s new boyfriend, David considers replacing Jason with Arnold Schwarzenegger, and the guys talk about taking a break from each other. Also, Joe gets his first ad read, David tells us about Kayne West’s creative process and Jason tells an epic story about the best documentary he’s ever seen. Also, the guy’s friend Jeff joins as a guest and Davis grills him about his possible plastic surgery.

David and Jason invite David’s new bride (Lorraine) on the podcast to talk about their whirlwind Vegas wedding and honeymoon. Plus,...
Let's Go!