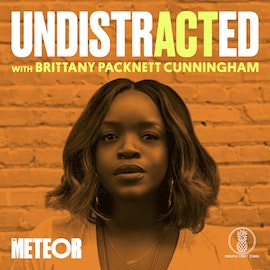 People may believe that gun violence went away during the pandemic because mass shootings slowed down—but in reality, gun violence overall hit a two-decade high in 2020, killing 20,000 Americans. On the heels of mass shootings in Atlanta and Boulder, host Brittany Packnett Cunningham speaks to Shannon Watts, founder of Moms Demand Action and self-described “worst nightmare of the NRA.” They shed new light on the crucial questions: Will this moment actually be different? Is gun reform possible? Plus, Brittany brings you the latest Untrending news.

Amber Ruffin is breaking boundaries in late-night television with her witty and insightful takes on race, politics and history. She’s a...
Let's Go!

Alexis McGill Johnson on the “Dire” Landscape for Abortion Rights

Headlines are already calling 2021 “the year of anti-abortion legislation.” State lawmakers have so far introduced more than 500 bills...
Let's Go!