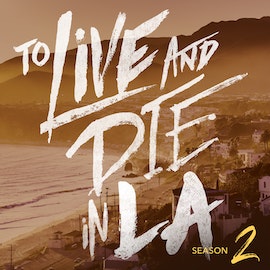 To Live and Die in LA Returns

To Live and Die in LA Returns

The award-winning #1 true crime podcast, named by Associated Press as the best of the year, is back with an all-new case. On January 27, 2017, a 20-year-old college student named Elaine Park left her ex-boyfriend’s home in Calabasas. Five days later, her Honda Civic was found abandoned on the Pacific Coast Highway in Malibu, not far from the home of Rolling Stone contributing editor Neil Strauss and his wife Ingrid. The two of them, along with their neighbors, Incubus guitarist Mike Einziger and concert violinist Ann Marie Simpson, formed an unlikely investigative team determined to find out: What happened to Elaine Park? This mystery would put them in contact with investigators for the police, the FBI, and the CIA, and at great personal risk. Listen to the baffling and tragic case that started To Live and Die in LA host Neil Strauss down the rabbit hole of true crime investigation.www.livediela.com

The award-winning true crime podcast To Live and Die in LA returns with Season 2, unraveling the case that started Rolling Stone...
Let's Go!

What would you do if someone went missing in your neighborhood? When Elaine Park, a twenty-year-old college student with roles as an...
Let's Go!

In Feb 2018, an aspiring actress vanished from her Hollywood apartment. Rolling Stone journalist Neil Strauss was asked to help the family get answers. Together, they found them...sometimes at great personal risk. Now the award-winning true crime podcast returns, unraveling the baffling and tragic case that started Neil Strauss down the rabbit hole of true crime investigation, along with his wife and his neighbors, Incubus guitarist Mike Einziger, and concert violinist Ann Marie Simpson. To Live and Die in LA Season 2 is available now.www.livediela.com