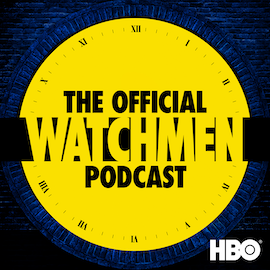 Host Craig Mazin sits down with Watchmen writer and executive producer Damon Lindelof to talk about episodes one, two, and three. Lindelof and Mazin dive into the origin of the series and its complex portrayal of race in America. They also dig into worldbuilding, uncover easter eggs, and discuss new and legacy characters. Make sure to watch the first three episodes of Watchmen to avoid spoilers. The next episode of this podcast comes out after episode six of the series. Watchmen airs Sundays at 9 PM on HBO. The Official Watchmen Podcast is produced by HBO in conjunction with Pineapple Street Studios.Need a refresher on the graphic novel? Here’s a video that summarizes it in less than two minutes. https://www.youtube.com/watch?v=BLkKWeCS4xU

The official podcast of the HBO series Watchmen. Over three episodes, host Craig Mazin (HBO's Chernobyl) discusses Watchmen with its Executive Producer and Writer, Damon Lindelof. Join Mazin and Lindelof as they divulge narrative choices, explore the show’s connection with the groundbreaking graphic novel, and how it reflects our modern times. Watchmen airs Sundays on HBO at 9 PM.