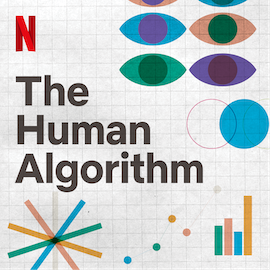 The Umbrella Academy is Netflix’s latest addition and we have creator Steve Blackman, writer Gerard Way, and the cast on hand to talk about what they’re watching. Emmy Raver-Lampman and Robert Sheehan both recommend Mindhunter, Mary J. Blige loves the girl power in Doctor Foster, and Gerard Way gets into Tidying Up with Marie Kondo. Other titles include The Great British Baking Show, Nanette, Narcos and Bojack Horseman. Don’t forget to check out The Umbrella Academy streaming on Netflix now.

Shows About Not So Gracefully Falling In Love | Big Mouth, Master of None, Dating Around

This Valentine's Day, cuddle up and get ready to watch these curated series. Tideland's Madeleine Madden recommends one of her favorite...
Let's Go!

Reality shows can be more than meets the eye. We’ve put together a list of reality TV shows for people who might not consider themselves...
Let's Go!

With so many new shows and films on Netflix every week, we're here to help you find your new favorite. The best TV and movie recommendations come from your friends. Now Netflix stars, employees and friends of the pod recommend what they’re watching and why you should add it to your list.