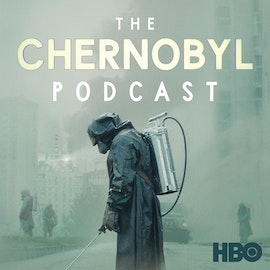 Peter Sagal and Craig Mazin discuss the fifth and final episode of Chernobyl. Valery Legasov (Jared Harris), Boris Shcherbina (Stellan Skarsgård) and Ulana Khomyuk (Emily Watson) risk their lives and reputations to expose the truth about Chernobyl. On the podcast, Mazin exposes the truth about the finale. He compares the real show trial with the series's depiction, explaining where he took liberties and why. We’ll also hear from production designer Luke Hull about recreating the trial room. And finally, Sagal and Mazin talk about what’s happened since Chernobyl, and what they’ve taken away from this series.The Chernobyl Podcast is produced by HBO in conjunction with Pineapple Street Media. Original music by Kaan Erbay.

The official podcast of the miniseries Chernobyl, from HBO and Sky. Join host Peter Sagal (NPR’s “Wait Wait...Don't Tell Me!”) and series creator, writer and executive producer Craig Mazin after each episode as they discuss the true stories that shaped the scenes, themes and characters. Chernobyl airs Mondays at 9 PM on HBO and Tuesdays at 9 PM on Sky Atlantic. The Chernobyl Podcast is also available to stream on HBO NOW and HBO GO starting Monday, May 6 at 10 PM.