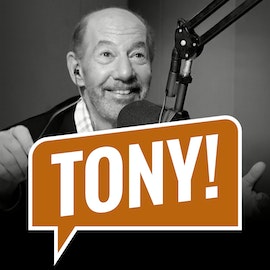 Tony opens the show by talking about Georgetown firing JT3. Washington Post movie critic Ann Hornaday calls in with her weekend movie previews, Nigel gives the news, during Old Guy Radio Tony talks about the 4 NCAA games from the night before, and they close out the show by opening up the Mailbag. Songs : Jake Laufer "Subway Girl" ; Radar Brothers "Couch"

Tony opens the show by talking to Howard about the state of the Trump administration. ESPN's Jay Williams calls in to talk to Tony about...
Let's Go!

"Life in the Big Apple"

Tony opens the show by talking with Reali and Pablo about the NCAA tournament games from over the weekend. He also talks to the guys...
Let's Go!