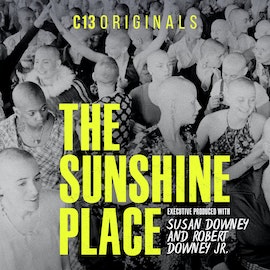 After Chuck's wife Betty passes away, he quickly finds a new partner, and he instructs his followers to find new ones too, whether they want to or not.

Chuck declares that there will be no more children born in Synanon, and he goes to great lengths to make sure of it.
Let's Go!

Chuck is consumed by paranoia and Synanon erupts in violence.
Let's Go!

Once called “the miracle on the beach,” Synanon began in the 1960s as an experimental rehab facility in Santa Monica, California with a radical claim: It could cure heroin addiction. Before long, it would make an even bolder claim: It could cure any of your problems. All you had to do was move in. What started in a house on the beach, soon spread to compounds across the country. The man who made the miracle happen, Charles E. Dederich, aka “Chuck,” would be the one to destroy it all, along with the lives of many of his followers and millions of dollars in assets. The Sunshine Place tells the mind-blowing, true-story of Synanon - one of America’s most cutting edge social experiments, turned into one of its most dangerous and violent cults - as it’s never been told before: by the people who lived it. Executive Produced by Robert Downey Jr., Susan Downey, and Emily Barclay Ford for Team Downey and C13Originals, together with Josh McLaughlin for Wink Pictures and written, produced, and directed by Peabody-nominated C13Originals, a Cadence13 Studio.