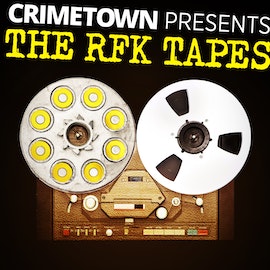 Fifty years ago, Senator Robert F. Kennedy was shot in the kitchen pantry of the Ambassador Hotel in Los Angeles, moments after winning the California Democratic primary. A lone gunman was captured at the scene, pistol in hand. Police said the case was open and shut. But was it? Meet Bill Klaber (author, Shadow Play) - a researcher who has a very different idea of what happened on June 5, 1968.

Fifty years after the assassination of Senator Robert F. Kennedy, questions about the crime still linger. The RFK Tapes will explore the...
Let's Go!