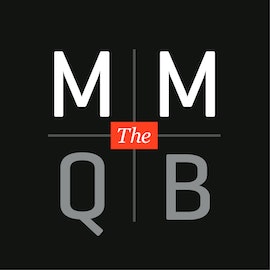 It's the most wonderful time of the year. The holidays, meaningful NFL football, and new episodes of the MMQB 10 Things Podcast with Gary Gramling and Andy Benoit. It doesn't get much better than that. On today's show... - The Steelers ruin Baltimore's Christmas by knocking the Ravens out of playoff contention. - The Broncos lost an ugly one to the Chiefs, which officially put an end to their aspiration of winning back-to-back Super Bowl titles. - And of course, the story of the day, Derek Carr broke his leg. Can the Raiders win without him? All that, plus the Browns finally win a game, Marcus Mariota also breaks his leg, and Texans fans really don't care for Randy Bullock. It's all here on today's MMQB 10 Things Podcast.

Happy Holidays everyone, and welcome to Week 16 of the NFL season. On this week's NFL Look Ahead Show, Gary and Andy discuss... - The...
Let's Go!