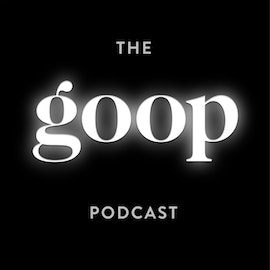 “I was done with being a sick person,” says Seamus Mullen, award-winning New York City chef, cookbook author, avid cyclist—and cohost of our newest podcast, goopfellas. For several years, Mullen was in chronic pain. He was diagnosed with rheumatoid arthritis, the medicine he relied on to suppress his symptoms often made him sick, and he became dependent on opioids. He was, he’ll tell you, chronically angry. After nearly dying in the hospital, Mullen realized he’d been given another chance. With that chance, he decided he needed to change his mind, stop seeing himself as a victim, and find a way to take whatever autonomy possible over his health. He found a functional medicine doctor (Frank Lipman) who became the quarterback in his healing process and bit by bit, Mullen reversed his illness. Today, he’s talking with his friend and our chief content officer, Elise Loehnen, about his extraordinary comeback story—which he would say isn’t really remarkable at all. “My journey is the same journey as millions of other people have been on—and can be on.” (For more, see The goop Podcast and goopfellas hubs.)

What Every Conflict Is Actually About

“Before I can change your mind, I need to understand where your mind is,” says pro negotiator Daniel Shapiro. The founder and director...
Let's Go!

GP walked into one of Eddie Stern’s Ashtanga yoga classes in the village twenty years ago, and he changed her life forever. Since then,...
Let's Go!