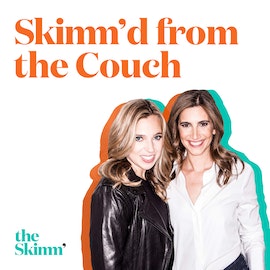 Valerie Jarrett started her career as a corporate lawyer. But in the late 80s, she made a change and headed to work in the mayor’s office in her hometown of Chicago. That’s where Valerie hired a young Michelle Robinson. Who you might know now as former First Lady Michelle Obama. Fast forward a few years, and Valerie is now the longest-serving Senior Advisor to the President in history. And in 2016, she was the guest on our first-ever Facebook Live. Guess which one is higher on her resume. On the Couch, she talks to us about her new book (2:04), how to advocate for women at work (9:52), and what it’s like to challenge your boss … when he’s the president of the United States (30:45). PS: Our Skimm Reads this week is “Every Tool’s a Hammer” by Adam Savage aka the star of “Mythbusters.” The book is all about the metaphorical tools he’s put in his toolbox in his 40-plus years as a creative. Add it to your toolbox (shopping cart) here: https://skimmth.is/2HURiR0

Erika Nardini has spent her career growing and marketing brands, heading up big-name companies like Microsoft, Yahoo!, and AOL. She was...
Let's Go!

Eileen Fisher started her career as an interior and graphic designer. But that changed in the 80s. Eileen took a trip to Japan, where...
Let's Go!