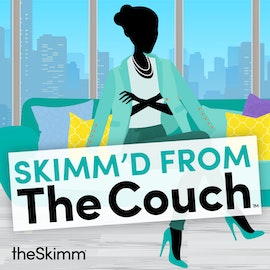 Margaret Brennan, moderator of 'Face the Nation': “It’s like cramming for an exam.”

Margaret Brennan, moderator of 'Face the Nation': “It’s like cramming for an exam.”

Margaret Brennan is the moderator of “Face the Nation” and a senior correspondent for CBS. But she didn’t always plan to be a journalist. At first, Margaret thought she wanted to be a diplomat, so she studied foreign affairs, the Mideast -- she even learned Arabic. But then she interned at CNN in college. And decided journalism was the path for her. Since then, she’s covered business news for CNBC and Bloomberg TV. At CBS, she’s covered everything from nuclear negotiations to US tensions with North Korea. On the couch, we flip the script and ask Margaret the questions. She talks to us about what it’s like to cover Washington, thinking through maternity leave, and the responsibility to cheer on younger women.

Arianna Huffington: She cut out “Game of Thrones” for 8 hours of sleep.

You know Arianna Huffington as the woman who put the Huffington in The Huffington Post. But she’s got a lot more on her resume....
Let's Go!

Kat Cole, President and COO of FOCUS Brands: “I’ve had my team put in jail.”

Kat Cole started her career as a waitress at Hooters. At first, she was just helping out her family. But in her second year of college,...
Let's Go!