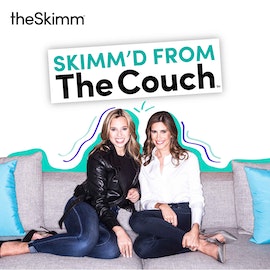 Rebecca Jarvis, ABC News correspondent: “Right now” is the last time she negotiated for herself.

Rebecca Jarvis, ABC News correspondent: “Right now” is the last time she negotiated for herself.

Rebecca Jarvis grew up with two passions: journalism and econ. As a teenager, she was even a reporter for a local kids’ program in Minnesota. But after college, Rebecca decided to go into finance. Years later, she got back to journalism. Today, she’s the Chief Business, Tech, and Economics Correspondent at ABC News. On the couch, she talks to us about the time she was on “The Apprentice”, how she made the switch from finance to journalism, and what she looks for in candidates now.PS: Rebecca has her own podcast, No Limits with Rebecca Jarvis, where she interviews female entrepreneurs about what it takes to build their business empires. After this episode, check it out -- because Rebecca’s interviewing US this week.

If you like hearing from us once a week, how about audio from theSkimm every day? Our daily news podcast, ‘Skimm This,’ launches on...
Let's Go!

Katia Beauchamp, Co-founder and CEO of Birchbox: “You just have to swing for the home run.”

Katia Beauchamp started her career in finance. But after a few years, she decided that she didn’t feel challenged. So Katia switched...
Let's Go!