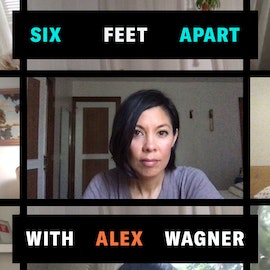 What happens to an already strained system in the middle of a pandemic? This week’s episode looks at America’s criminal justice system as prosecutors and inmates alike manage unprecedented challenges. First, Alex speaks to San Francisco's new District Attorney, Chesa Boudin. With a father who has been incarcerated nearly since his birth—and remains in prison today—Boudin was elected into office as a progressive reformer seeking to end the era of mass incarceration. Then, we talk to MaryBeth, an inmate in federal prison cleared for early release, but still grappling with a dangerous reality inside federal detention as she waits to go home.Our interview with MaryBeth was made possible through the work of #Cut 50 — a bipartisan effort to cut crime and incarceration across all 50 states. For more on their work, visit cut50.org

Sports and athletic performances of all kinds are on hold indefinitely as the global pandemic continues to play out. While stadiums and...
Let's Go!

As federal authorities have moved farther away from the frontlines of this virus, state and local leaders are left to manage the spread...
Let's Go!

Crooked Media's new series Six Feet Apart with Alex Wagner (journalist and co-host of Showtime's The Circus) will offer a window into the hidden worlds of this pandemic: the chaos and fear, the resilience and innovation — all of which have been necessary parts of survival in this extraordinary moment. Through conversations with individuals on the frontline, from the grocery store to the criminal justice system, this new series will delve into what’s likely to be the defining event of our lifetimes. New episodes every Thursday.