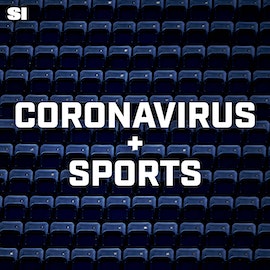 After a month of speculation, questions about how the 2020 NFL Draft will be executed in a virtual format will be answered during the broadcast of the first round on Thursday, April 23rd. What should fans expect? And are there potential pitfalls that could derail the entire event? Sports Illustrated senior writer Albert Breer breaks down how the league is preparing for a Draft night unlike any other. Then former NFL player and PFF senior analyst Solomon Wilcots weighs in on the impact on players around the league. Plus, an update from the weekend's developments: the WNBA Draft, and the premiere of the highly anticipated Michael Jordan documentary, "The Last Dance."

As sports fans everywhere await the return of their favorite teams and leagues, the sports media industry looks for answers in the short...
Let's Go!

The COVID-19 outbreak has halted just about every aspect of the sports industry, with one notable exception. Esports have been steadily...
Let's Go!

SI's Coronavirus and Sports podcast is bringing you stories and news updates about how the COVID-19 global pandemic is impacting the world of professional sports. Hosted by Luis Miguel Echegaray, this series will explore all the ways in which athletes, teams, leagues, fans, and everyone else in and around pro sports are dealing with the fallout from a completely unprecedented event. Listen every weekday as we all look to understand: What happens to sports when there are no sports?