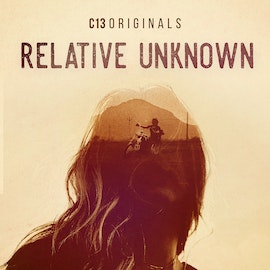 A tragic fire in East Texas reveals clues to a dark family history.

Jackee is ripped away from the only life she’s ever known.
Let's Go!

From the Peabody Award nominated C13Originals Studio, and the creators of Root of Evil, comes a new documentary series about the stories, and family we can’t escape. Jackee Taylor has been hidden in WITSEC, better known as the Witness Protection Program, for almost 40 years. But after a strange and violent incident reveals secrets about her past, Jackee begins a journey to find out the truth about herself, and her family. Hers is a twisted tale of darkness, murder, mystery, tragedy, and resilience, which traverses the country, and lands in the most violent era of one of the country’s most violent cities - 1970s Cleveland. At the heart of this story, is Jackee’s relative - a former member of the world’s most powerful motorcycle club, a sociopath, a killer, and an informant. Jackee can’t move forward unless she reconciles with his past, and she’s finally telling this story in the hopes that others don’t have to live the kind of life that she has.