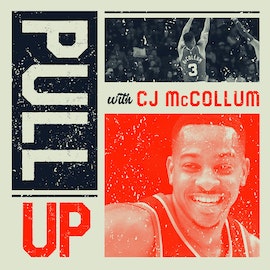 Adam Schefter on Becoming the Guy, NBA/NFL Comparisons, Growth of the League

Adam Schefter on Becoming the Guy, NBA/NFL Comparisons, Growth of the League

John Wall and the Rockets are working on a deal to trade Wall, where could he land and what will he bring to a new deal? Aaron Gordon gets the bag on a new 4-year deal, how the Nuggets are shaping up in the West especially when Murray returns. Plus, the 2021 Hall of Fame class is inducted, CJ shares his thoughts on a few of the members. Then, ESPN’s Adam Schefter joins CJ for a side of him you won’t get on any NFL shows. The guys talk about the importance of relationships in business and life, how knowledge is power, the biggest stories of his career, how the NFL has changed over the years (and where it’s going), and much more. Plus, Schefter gives his CJ NFL player comparison, CJ talks about his High Rollers fantasy league, and obviously gets in some Browns talk on when OBJ could return and Baker’s contract extension.

Kyle Lowry on the Grind, Toronto to Miami, and Drake

CJ sits down with 6x NBA All-Star and Raptors legend Kyle Lowry. Kyle talks about how he got into the game from his brother searching...
Let's Go!

CJ is back after Portland’s Media Day talking about gearing up for the regular season. Preparing with new teammates, new coaches, and...
Let's Go!