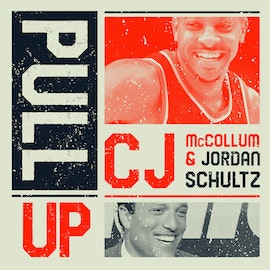 On this week's show... CJ and Jordan were joined by Detroit Pistons Forward, Blake Griffin. Griffin spoke on what he's doing to prepare for the upcoming season, how amazed he is by Andre Drummond, and why it's crucial to have a healthy Reggie Jackson in the Pistons lineup. He also touched on being labeled a "dunker," his love of comedy, working with Kevin Hart, and his upcoming fundraiser, Comedy By Blake (September 13th!). Let's go! it's time to... PULL UP. Special thanks to this week's sponsor, Daily Harvest (Use promo code PULLUP)

On this week's show... CJ and Jordan take a look at the HBO series Hard Knocks, featuring CJ's Cleveland Browns. So far, during this...
Let's Go!

Jahlil Okafor Talks About His Offseason Transformation, Duke's Young Stars, and the Advice He Would Give Markelle Fultz

On this week's show... CJ and Jordan were joined by Pelicans big man, Jahlil Okafor. Okafor, who already has four years in the league at...
Let's Go!