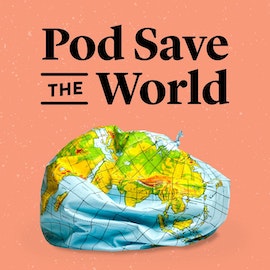 Tommy talks with Will Hurd, a Republican representing Texas’s 23rd Congressional District, who served in the CIA for nearly a decade. They discussed Hurd’s role at the CIA, what motivated him to run for office, the Iran deal and ISIS.

Tommy talks with former Lieutenant General and Ambassador to NATO Doug Lute about his six years managing the wars in Iraq and...
Let's Go!