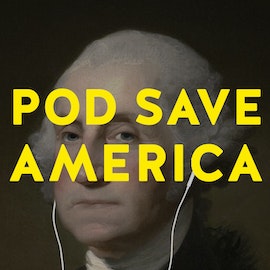 “The own goal presidency.”

“The own goal presidency.”

A secret recording of Trump and Cohen conspiring about hush money is released, the President retreats from his own trade war, and he steps up his attacks on the media. Then Democratic candidate Danny O’Connor joins Jon and Dan to talk about his campaign to win the special election for Ohio’s 12th congressional district on Tuesday, August 7th.

Trump spends the weekend rage-tweeting, the Nunes Memo is exposed as a fraud, and Jim Comey blesses us with punditry. Then students from...
Let's Go!

“A fine mist of bullshit.”

Trump’s lawyer argues that collusion with a hostile government isn’t a crime after reports that Michael Cohen might implicate the...
Let's Go!