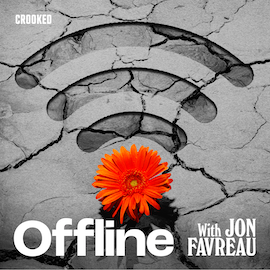 From the creation of #BlackLivesMatter to the first permanent ban, DeRay McKesson has been at the center of some of Twitter’s highest highs and some of its lowest lows. He joins Jon to talk about how online activism has changed since the 2014 Ferguson protests, discuss how to win people over offline, and make the case that Twitter can be a tool for good.

Jon and Dan answer your burning questions about politics, turkey pardons, and the best Thanksgiving side dishes. And later, Tommy...
Let's Go!

“Darkest before the Omicron.”