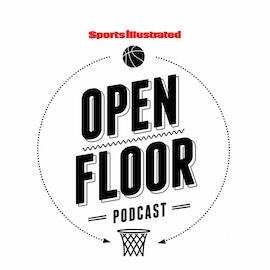 The Sixers, the Pistons and some preseason hot takes

The Sixers, the Pistons and some preseason hot takes

In this week's episode of Open Floor, Andrew Sharp and Ben Golliver start with the Sixers, suddenly at the center of the basketball universe. How excited should we be about Joel Embiid's return, and how depressed should fans be about Ben Simmons' injury? And where do they trade Okafor? Plus, a look at the Pistons in the wake of Reggie Jackson's injury, the Cavs and the latest standoff between Rich Paul and Dan Gilbert, and some snap judgments after a week of preseason basketball.

After a month off from the Open Floor Podcast, Andrew Sharp and Ben Golliver reunite to argue about Sports Illustrated's Top 100 NBA...
Let's Go!

In part one of their eastern conference preview, Andrew Sharp and Ben Golliver look at the East from top to bottom. Questions include:...
Let's Go!