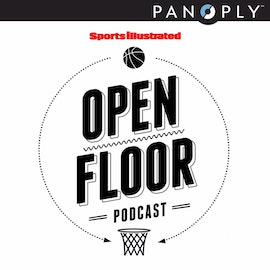 Team USA's problems and a medal round preview

Team USA's problems and a medal round preview

Andrew Sharp and Ben Golliver talk through the developments in Rio, including the Brazil-Argentina thriller, Spain's resurgence in the field and the perplexing struggles of Team USA. At the end, they preview Wednesday's medal round marathon, including a dramatic reunion of Spain and France after 2014 and the cheapshot heard round the world.

Andrew Sharp and Ben Golliver talk about the scene on the ground in Rio and the international hoops competition in this Olympic field....
Let's Go!

After Team USA's dominating gold medal win over Serbia, Andrew Sharp and Ben Golliver catch up to talk about the past month of USA...
Let's Go!