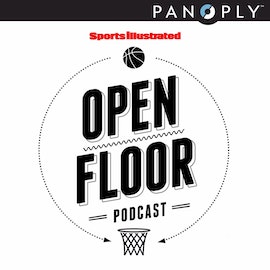 In the latest episode of the Open Floor Podcast, SI.com's Lee Jenkins welcomes Hornets guard Kemba Walker to the show to discuss Charlotte's second–half success, his NCAA tournament memories and what it means to be a New York point guard. Jenkins and Walker begin the program by examining the Hornets' startling success of late. Charlotte has won 15 of its last 18 games, largely thanks to Walker. The two examine Charlotte's newfound flow on offense and what changes have led the team to be competing in the upper tier of the Eastern Conference. Later, Walker takes a stroll down memory lane and discusses some of his favorites plays and games from UConn's 2011 national championship. Walker also touches on what it means to be a point guard from New York City and how he's changed his game since entering the NBA. Tweet Lee Jenkins at twitter.com/si_leejenkins, and use the hashtag #openfloor to have your voice heard. You can find more great Sports Illustrated podcasts at si.com/podcasts, and please subscribe to us on iTunes and Stitcher.

This week on the Open Floor Podcast, Andrew Sharp and Ben Golliver join in on March Madness and talk about current NBA players they'd...
Let's Go!

In the latest episode of the Open Floor Podcast, SI.com's Andrew Sharp and Ben Golliver take a deep dive into James's mind games and the...
Let's Go!