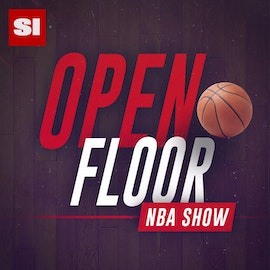 On today's show Sharp and Golliver begin by discussing Joel Embiid's contract and whether $148 million for 31 games is as crazy as it sounds. Then they discuss preseason basketball and whether anyone can actually learn anything from these games. At 25 minutes they discuss the Clippers, Nuggets, Thunder, Celtics, Rockets, Sixers, Heat, Wolves, and new-look Cavs, among other teams to watch this year.

On today's show Sharp and Golliver begin by listing three teams they're not interested in this season, including thoughts on the Kings,...
Let's Go!