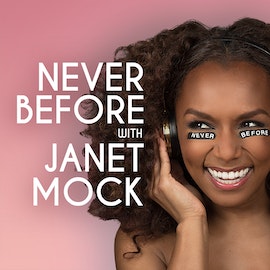 This week Janet speaks with actress Gabby Sidibe about her journey from Hollywood to Harlem, as recounted in her recent memoir This is Just My Face: Try Not to Stare. They delve into body confidence, class transition, and that time she skipped school for an audition that landed her a breakout role and an Academy Award nomination.

Janet has a rare conversation with Branden Miller, better known by his internet character’s name, Joanne the Scammer. They discuss his...
Let's Go!

Janet Mock and your faves have conversations about work, love and life — like you’ve never heard before.