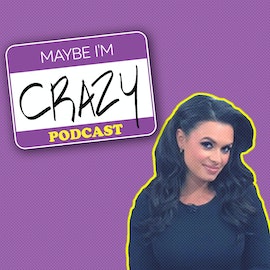 (GUEST) Sarunas J. Jackson, of HBO’s Insecure, joins Joy and Brandon to talk: what’s wrong with his Philadelphia Eagles, growing up playing basketball with Paul George, Klay Thompson and other current NBA ballers and why next year’s Eastern Conference Finals will feature his Sixers and the Boston Celtics. PLUS, Sarunas tells us why he thinks LeBron James is better than Michael Jordan in the GOAT debate. (WIT IT or QUIT IT) Joy and Brandon discuss the insanity between Conor McGregor and Khabib Nurmagomedov at UFC 229. Who’s the best team in football: Rams or Chiefs and why Odell Beckham Jr can’t wait for the Giants to draft a new QB. (LIT LIST) Joy’s lit about being right about Khabib beating McGregor and all 4 rookie QBs going undefeated during Week 5. Dicker the Kicker is lit. Gus Johnson is lit. And so are NFL offenses. (THE PETTY COURT) The Cavs are petty for turning LeBron’s old locker into a towel rack. (LOSER POWER RANKINGS) The Suns are Losers for firing their GM 9 days before the season. Drew Brees is better than Aaron Rodgers. AND the Packers and Cowboys are Losers. (MIGOS CULTURE REPORT) Drake is a frontrunner. Quavo’s dropping an album on Friday. Taylor Swift is for the Culture.

(GUEST) Jordan L. Jones, co-star of FOX’s brand-new comedy “REL” joins Joy and Brandon to talk about his new show, being on set with...
Let's Go!

(GUEST) Super Bowl Champion Cliff Avril joins Joy and Brandon to talk the end of the Legion of Boom in Seattle, what’s the beef with...
Let's Go!