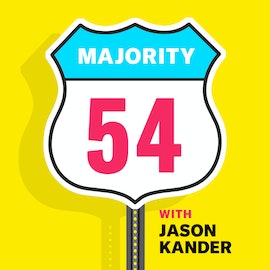 Today I’m introducing you to former CIA officer A.J. Twombly for insight on the Trump Administration’s campaign against the American intelligence community. The President does a lot of talking about them and they don’t get to answer back. As a former Army intelligence officer myself, I know how I feel about his rhetoric, and I thought it was important to talk to a non-military individual in intelligence to see how they view the current environment. Common talking points we'll answer: - Whether the intelligence community has a political agenda - Whether we should just move on from all the Russia stuff Important links: AJ Twombly: @ajftwombly Jason: @jasonkander Kemet Coleman: @kemetthephantom ​Comments and Questions: ​ @Majority54 O'Hara's Restaurant & Pub: http://www.oharaspubnyc.com/

Bruce Franks (https://twitter.com/brucefranksjr) joins the show to discuss Ferguson, Black Lives Matter and the relationship between the...
Let's Go!

I sat down with my friend Salam, an Afghan man from Kansas City, who I first met in Afghanistan in 2006 when he was assigned as my main...
Let's Go!