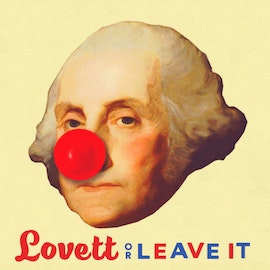 Chuck D of Public Enemy and Tom Morello of Rage Against the Machine join Jon to talk about the soundtrack of the Resistance. Then Jake Fogelnest, Cord Jefferson, and Brittani Nichols break down the latest news on Houston, Mueller's investigation, and Trump's attacks on the media. And activist Rubi Martinez talks about the threat facing undocumented young people as Trump considers rescinding DACA. Other notes: Jon bleeps one Game of Thrones spoiler, so no worries there. And two sites mentioned today: houstonfoodbank.org and defendDACA.com.

Look What You Made Him Do

From Russia with Likes