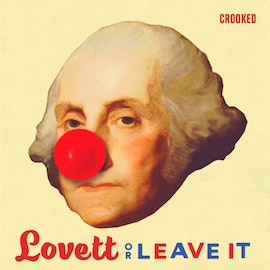 Woke For His Age?

Woke For His Age?

Biden enters the race, Trump ignores subpoenas, Warren tackles student loans, CNN hosts marathon town halls, and Hannity is still worried about Hillary's emails. Returning champions Guy Branum, Negin Farsad, and Kiran Deol join Jon to break down the week's news, some hot royal gossip, and the fact that the Avengers movie is three hours long, which only bothers Jon because he saw it AFTER we recorded.

Marvel introduces a gay character (who's in one scene and has NO powers). Kamala Harris wipes the floor with William Barr. Hillary...
Let's Go!