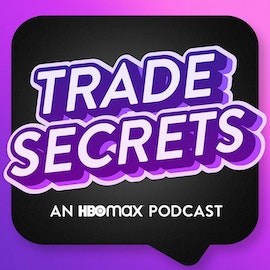 HBO Max presents Trade Secrets, a podcast that gives listeners a VIP pass into the rooms of the world’s best storytellers. We wanted to give you a taste of our first episode, where Misha Green, creator and showrunner of HBO’s ‘Lovecraft Country,’ interviews Kamilah Forbes, the director and executive producer of HBO’s film adaption of Ta-Nehisi Coates’ ‘Between The World And Me.’ Misha and Kamilah dig into what it’s like to be both “a player and a coach” in Hollywood and finding home on set, in music, in Black institutions and beyond. They also take us inside the process of creating Lovecraft Country and Between the World and Me: from working with the actors to the ways that filming during a pandemic changed everything. Subscribe to Trade Secrets now to listen to the full episode.

Introducing In Session: The In Treatment Podcast

Ashley C. Ford is here to give you a taste of HBO's newest podcast, In Session: The In Treatment Podcast. The fourth season of In...
Let's Go!