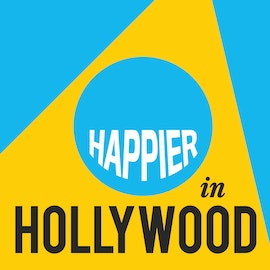 Ep. 14: Lesson: You Never Know Who You're Flipping Off

Ep. 14: Lesson: You Never Know Who You're Flipping Off

In this episode, Liz and Sarah share a wonderfully validating email from a listener who took their advice and had a professional headshot taken! Then they put in a call to their old friend, former high-powered film producer JEANNE ALLGOOD. After working on over 23 Hollywood films (including Terminator Salvation and We Are Marshall, which she executive produced), Jeanne decided move with her family to a ranch in Montana. Jeanne shares what motivated her to pack up and leave it all behind-- and shares some tips for happier living that she's picked up along the way. Also, Liz and Sarah make a Meditation Declaration -- a promise to meditate 10 minutes a day, everyday-- and they're asking you to hold them accountable. In this week's Hollywood Hack, their assistant Boafoa makes a case for Google Drive. And finally, Liz tells how a fight for a parking spot led to this week's friendly celebrity sighting.

Ep. 13: Make Your Vice A Virtue: An Interview With Actress-Writer-Producer Felicia Day

In this episode, Liz and Sarah vent about their least favorite thing about living in Los Angeles - commuting! - and recommend the...
Let's Go!

Description: Do Liz and Sarah ever get jealous of other writers? What type of treadmill desks to they have? How do they deal with...
Let's Go!