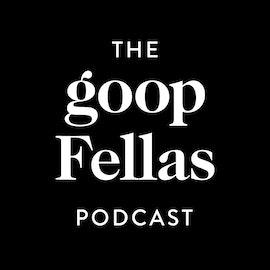 Rich Roll: The Evolution of Success

Rich Roll: The Evolution of Success

Author, podcaster, and athlete Rich Roll grew up in a loving home. All his needs were met. He was a Division I swimmer at Stanford University and graduated from Cornell Law School. He had a family of his own and became a successful lawyer in Los Angeles. And, he says, he was deeply unhappy and unhealthy. After a WTF moment, Roll decided to make a few changes. He went on a seven-day juice cleanse (because he wanted to do something hard) and tried a plant-based diet (he was surprised by how good he felt). A couple years later, he was competing in the world’s most intense endurance competitions, like the Ultraman. Then came more challenges—to his finances, marriage, and self-esteem. And Roll had to figure out who he wanted to become next. For the first time, he let go out of outer expectations and looked inside himself for answers. What was revealed to him there continues to change the trajectory of his life. (For more, see The goopfellas Podcast hub.)

When We Stop Filling the Void

Melissa Hartwig Urban, the founder of the Whole 30 program, changed her life to get clean. She did not expect that her personal...
Let's Go!

How to Change Your Default Mode

Kathryn Budig came to Los Angeles because she wanted to be an actor. She eventually left—without an Academy Award—but she found...
Let's Go!

What drives people to change, to heal, to reinvent themselves? How do we reclaim our health, bounce back from heartbreak, flip the script? On goopfellas, two friends who have become familiar with unlikely personal transformations have raw conversations with people who have experienced profound shifts in perspective and well-being. Together, functional medicine practitioner Will Cole, DC, and chef Seamus Mullen get at the catalysts that bring people out of their dark night and into their purpose. Each of their goopfellas guests—from athletes to actors to authors—is different. As are the hosts: Mullen himself almost died from rheumatoid arthritis, and Cole’s day job is helping people uncover and overturn the roots of dis-ease. But you’ll likely see pieces of yourself in all their conversations, reflected in every one of their challenges. And we hope, from the lessons they learned along the way, you’ll find something you need to bring about a change, big or small, in your own life.