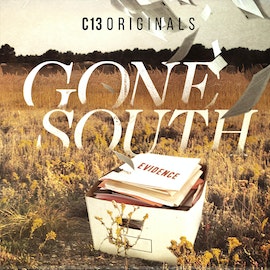 The murder of Margaret Coon conjures memories of St. Tammany's checkered past. As pressure mounts to solve the crime, authorities turn their attention to a disgraced cop and an enigmatic drifter. If you have tips or information that you’d like to share related to the unsolved murder of Margaret Coon or other relevant topics, you can call us at (650) 746-GONE or email us at GoneSouthPodcast@gmail.com.

With the sheriff’s investigation at a standstill, Margaret’s father and a rogue private detective take center stage. As a new profile of...
Let's Go!

In 1987, a former prosecutor named Margaret Coon took her dog for a walk in one of Louisiana’s safest and most affluent parishes. The next morning, she was found dead on the side of the road with a single stab wound in her back. St. Tammany Parish advertises itself as a safe haven from the crime and corruption of New Orleans, attracting thousands of residents over the last several decades. But there is a darker side to St. Tammany and that darkness ultimately consumed Margaret Coon. Welcome to Gone South Season 1: Who Killed Margaret Coon? Over the course of this documentary podcast series from C13Originals, a Cadence13 studio, journalist Jed Lipinski investigates the theories and motives surrounding Margaret Coon’s unsolved murder, shedding new light on a bewildering crime that has haunted St. Tammany for over 34 years.