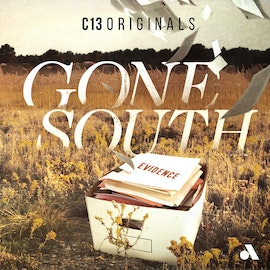 Nearly a decade after Margaret's murder, the investigation has gone ice cold. But there was a secret side to Margaret’s life that may hold the key to finding her killer.If you have tips or information that you’d like to share related to the unsolved murder of Margaret Coon or other relevant topics, you can call us at (650) 746-GONE or email us at GoneSouthPodcast@gmail.com.

With the sheriff’s investigation at a standstill, Margaret’s father and a rogue private detective take center stage. As a new profile of...
Let's Go!

Margaret's homicide case lands in the lap of a decorated ex-DEA agent, leading him down the same path as previous investigators. But a...
Let's Go!

Welcome to Season Two of Gone South, the Edward R. Murrow Award-winning documentary podcast from C13Originals.Starting in the sixties, a loose-knit confederation of traveling criminals known as the Dixie Mafia terrorized every state from Georgia to Oklahoma. Its hundreds of members, unofficially headquartered in Biloxi, Mississippi, specialized in scams, heists and murder. Their alleged leader — the estranged son of a prominent Oklahoma politician — was a skilled and charismatic outlaw named Kirksey Nix.When Nix was sentenced to life in prison at Angola for a murder he committed in New Orleans, the Dixie Mafia was thought to be extinct. But fifteen years later, a sitting criminal court judge named Vincent Sherry and his wife Margaret, a mayoral candidate for the city of Biloxi, were assassinated. As the case ran cold, authorities were forced to confront a disturbing reality: the Dixie Mafia was not done yet.Gone South is a creation and production of Peabody-nominated C13Originals, a Cadence13 studio, in association with Jed and Tom Lipinski.