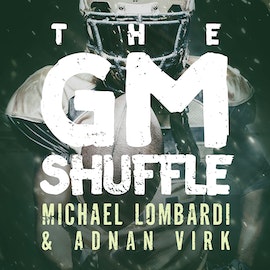 Mike and Adnan break down a crazy Sunday Night game that saw the Chiefs leading for most, but never in control of the game. Titans edge the Seahawks in OT, why both teams should be worried about how the game transpired. Bears, Texans, Dolphins, and Colts all have injuries to their QB, and why Mike is now starting to write off Carson Wentz. Zach Wilson has one of the worst performances you’ll ever see, but the blame needs to be directed at the coaching staff. Bucs blow out the Falcons but they shouldn’t be thrilled about the 4th quarter. Don’t look now but the Raiders are 2-0, the 49ers have gotten killed by RB injuries, and are the Broncos the real deal?

Could Urban Meyer be out already for the USC job? Mike has some interesting information on the topic. 6 Saints offensive coaches test...
Let's Go!

Backups Getting Starts, Which Teams Are For Real? Week 3 Preview

Tua fractures his ribs and won’t start vs. the Raiders, why that’s not a bad thing for the Dolphins. Justin Fields will make his first...
Let's Go!