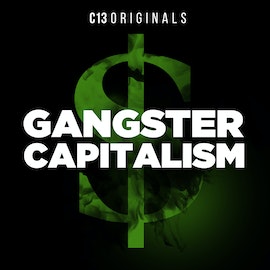 S1: The College Admissions Scandal I Bonus Episode: The Price to Be Paid

S1: The College Admissions Scandal I Bonus Episode: The Price to Be Paid

With sentences starting to be handed out to those who’ve plead guilty in this scandal, some cases are coming to a close. Others who’ve plead not guilty may have an uphill battle, despite their potential argument that Rick Singer followed the steps of any good con, which are explained in this episode. Any real sense of closure and long term change will require changing the narrative, both for the parents and for the academic system at large.

From C13 Originals, Gangster Capitalism, Season 2 explores The National Rifle Association and the allegations swirling around the...
Let's Go!

An argument is made that just because we are repelled by the indicted parents’ behavior, that doesn’t make it criminal. In fact, one...
Let's Go!

Following a Peabody nomination and two Webby nominations for Best General Series and Best Documentary Podcast for Season One: The College Admission Scandal, Season Two of Gangster Capitalism has the NRA is in the crosshairs. This season we dissect how the past year has rocked the country’s most powerful special interest organization like none other. Internal power struggles have exposed the group’s questionable, and possibly illegal practices which now threaten the nearly 150-year old nonprofit like never before. We’re pulling back the curtain to reveal that this has little to do with guns. It’s about money.​ Gangster Capitalism is a creation and production of C13Originals, a division of Cadence13.