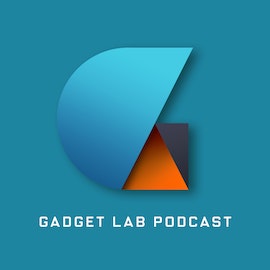 There’s No Such Thing as a Free Lunch

There’s No Such Thing as a Free Lunch

This week on Gadget Lab, WIRED senior writer and former show host Arielle Pardes drops by to talk about how Silicon Valley has ruined work culture. Then WIRED senior writer Lily Hay Newman comes on for a conversation about cybersecurity, encryption, and the hacker’s mom who infiltrated a prison.Show Notes: Read Arielle’s story about work culture here. Read Lily’s story about how a hacker’s mom broke into a prison here. All of WIRED’s cybersecurity coverage can be found here.Recommendations: Lily recommends Dangerzone, an application made by Micah Lee that takes PDFs you receive and basically scrubs them to make sure they’re clean before re-saving a safe version. Lauren recommends the book Whistleblower by Susan Fowler. Mike recommends Acid for the Children, a memoir by Red Hot Chili Peppers bassist Flea.Lily Hay Newman can be found on Twitter @lilyhnewman. Arielle Pardes is @pardesoteric. Lauren Goode is @LaurenGoode. Michael Calore is @snackfight. Bling the main hotline at @GadgetLab. The show is produced by Boone Ashworth (@booneashworth). Our consulting executive producer is Alex Kapelman (@alexkapelman). Our theme music is by Solar Keys.

Many companies say they want to diversify their workforce. Far fewer have actually succeeded in doing so, even if they're earnestly...
Let's Go!

Facebook started in 2004 as a simple network for connecting students at Harvard University. At the time, nobody could have predicted...
Let's Go!