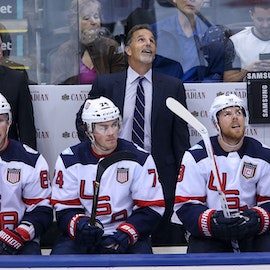 Hemal Jhaveri joins the podcast to talk about the World Cup of Hockey, Team Canada's dominance, the silly way the tournament was organized, and why Team USA has been such an utter disappointment. Plus Nate shills for Cory Schneider to be the goalie for Team USA ahead of their Tuesday night showdown with Team Canada.

FTW writer and Boston native Charlotte Wilder joins the podcast to talk about the Patriots' stunning start, their big win over the...
Let's Go!

The latest from the world of sports, culture and food from the editors of For The Win.