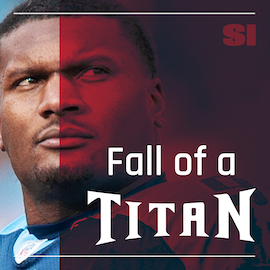 The Bodyguard | Fall of a Titan

The Bodyguard | Fall of a Titan

On the afternoon of July 4, 2009, one of Steve McNair’s friends, Wayne Neeley, drops by McNair’s downtown condo and quickly realizes he’s stumbled upon a crime scene. Neeley calls Robert Gaddy, Steve McNair’s bodyguard and close friend, and Gaddy says: Wait there; I’ll be right over. But 55 minutes pass between Neeley’s arrival and Gaddy’s call to 9-1-1. Why did the two men wait so long to call police? And what did they find in that condo?

The Ex-Con and the Ex-Boyfriend | Fall of a Titan

Jenni Kazemi’s phone records show that, in the last few weeks of her life, she was in regular contact with a number of male suitors. One...
Let's Go!

The Mother and the Sister | Fall of a Titan

In the aftermath of what police rule a murder-suicide, two family members on opposite sides of the tragedy take a serious and active...
Let's Go!

SI True Crime returns with an all new story for Season 2: Lateral Damage. It is the story of Mariet Ford, who tossed the most unlikely lateral in the most unlikely play in college football history. In 1982, Cal scored the winning touchdown on a last second, five-lateral bonanza against Stanford's team and the entire marching band. It was a moment of pure joy. Which makes the coda to it seem even darker. Fifteen years later, Mariet Ford was arrested for murdering his family. Writer S.L Price first reported on the story in 1997, but the story never ran. Now, twenty-two years later, Price is returning to the case. Season 1 was Fall of a Titan: July 4, 2009. Former NFL quarterback Steve McNair is found murdered in his Nashville condo. After just four days of investigating it was ruled a murder-suicide. But what if it wasn’t? Over the course of this nine-part series, we’ll guide you through the McNair case, reviewing the findings and re-examining crucial details in a new light. 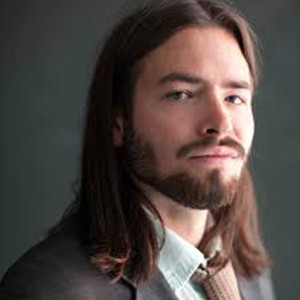