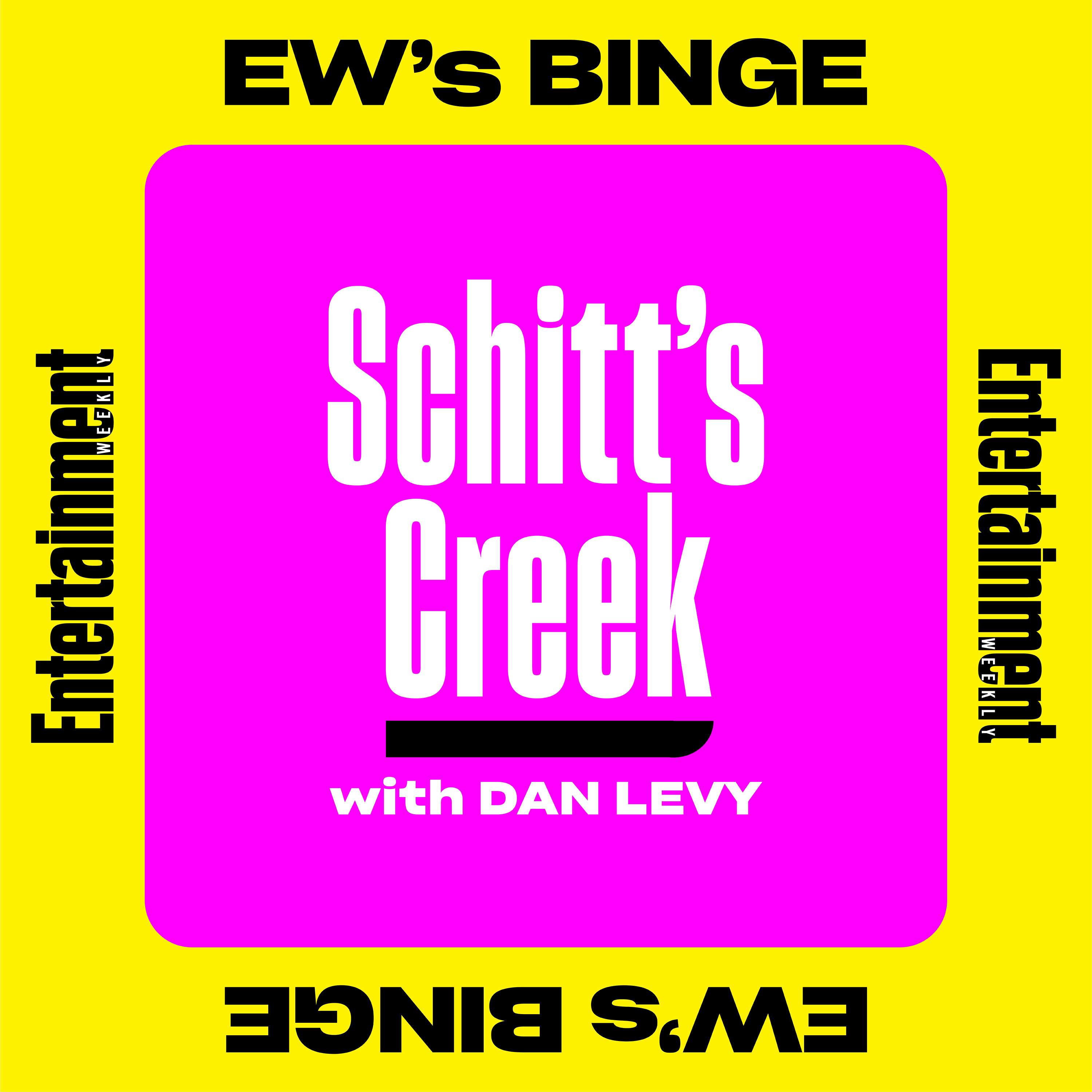 In this exclusive weekly companion podcast for Schitt's Creek's sixth and final season, you'll hear Dan Levy and the rest of the Rose...
Let's Go!

EW’s Binge celebrates the very best in TV and film – the shows and movies you want to curl up with and watch for hours on end, maybe even over and over. We’ve invited Schitt’s Creek co-creator, showrunner and star Dan Levy to join EW editors and revisit the first five seasons of his beloved and acclaimed show, spilling behind-the-scenes secrets from the set, digging into his own psychology and process, and dissecting all the characters and relationships. EW’s Binge: Schitt’s Creek premieres on September 25, with weekly episodes dropping on Wednesday – plus a couple of bonus cameos from Dan’s co-stars. For more Schitt’s Creek coverage or to dive into our other binge-worthy content, go to EW.com/binge.

In this exclusive weekly companion podcast for Schitt's Creek's sixth and final season, you'll hear Dan Levy and the rest of the Rose...
Let's Go!

In the fifth episode of our Schitt’s Creek Binge podcast, we wrap up our deep dive with Dan Levy, co-creator and star of the sleeper...
Let's Go!

We’re reaching an emotional part of our Schitt’s Creek journey, friends. This week, as we continue our deep dive with co-creator and...
Let's Go!

This week the journey through Schitt’s Creek continues as Dan Levy, the showrunner, co-creator and star of the CBC/Pop TV hit, takes us...
Let's Go!

EW’s Binge is back with Schitt’s Creek showrunner, star and co-creator Dan Levy, who comes into our studio to dive deep into season 1 of...
Let's Go!

Derek Phillips (Billy Riggins) questions if his character has the potential to be the next Coach, Connie Britton (Tami Taylor) talks...
Let's Go!

It’s goodbye to Harry Potter, with a final episode about "Cursed Child "in which Marc and Molly unpack what it means for Albus to follow...
Let's Go!

S1, E9: Fantastic Beasts and Where to Find Them

Luna Lovegood (Evanna Lynch) talks her connection to her character, ties to "Fantastic Beasts," and whether magic is in fact real — but...
Let's Go!

Ben Hibon, director of the animated 'Three Brothers' sequence that captivated audiences, discusses his vision for the animation and,...
Let's Go!

Dean Thomas (Alfred Enoch) reflects on the early days of Harry Potter, his place amongst the Gryffindor boys, and what came of him and...
Let's Go!

S1, E5: Harry Potter and the Order of the Phoenix

Professor Umbridge is here! Imelda Staunton shares her real thoughts on the villain — “I think she’s a bloody monster” — as Marc and...
Let's Go!

S1, E4: Harry Potter and the Goblet of Fire

S1, E3: Harry Potter and the Prisoner of Azkaban

MinaLima, the designers behind the Marauder’s Map, the Daily Prophet, horcruxes, and more, reveal what they snuck into the series and...
Let's Go!

S1, E2: Harry Potter and the Chamber of Secrets

Season one of BINGE kicks off with EW’s appreciation of the Harry Potter canon. Join EW's Marc Snetiker and C. Molly Smith as they...
Let's Go!