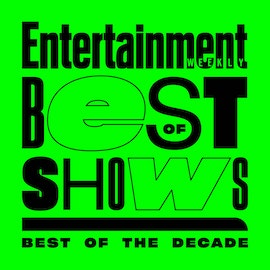 Special bonus episode taped live in Austin at South By Southwest! EW’s Shana Naomi Krochmal talks to Kathy Griffin about her new concert film, “A Hell of a Story,” which details how she’s staging her own comeback following that controversial photo. Kathy dishes on what “The Marvelous Mrs. Maisel” gets right about being a female comic, why she does private stand-up routines for her neighbor Kim Kardashian, and what could be next for her on TV.

In an epic podcast crossover, Game of Thrones Weekly co-host James Hibberd joins Kristen and Darren to share details from the set of...
Let's Go!

With Arrested Development back (again) on Netflix, Darren and Kristen lament the long, slow decline of a once-brilliant show. Meanwhile,...
Let's Go!

Join Entertainment Weekly TV critics Kristen Baldwin and Darren Franich for Best of Shows: Best of the Decade, a weekly countdown of the best television from the 2010s. Each episode will focus on highlighting the top shows in key categories — comedy, drama, reality, series finales — and we’ll even make time to castigate some of the worst shows of the last 10 years.