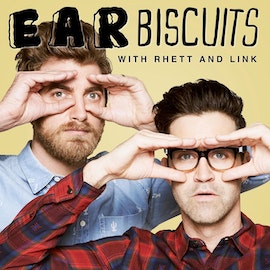 One of the most notable sex education and feminist activists on YouTube, Laci Green, joins Rhett & Link this week to talk about her experience growing up in a strict Mormon household, the motivation behind her successful MTV web series “Braless,” and why she wound up playing such a major role in exposing the horrible truth behind the Sam Pepper scandal at the close of 2014. *NOTE: This conversation contains adult themes and language

The Gregory Brothers, the musical group known internet-wide for their viral series, “Auto-Tune the News,” join Rhett & Link this week to...
Let's Go!

Guinness World Record Holder for most consecutive daily vlogs on YouTube, and bass player for the American rock band We The Kings,...
Let's Go!