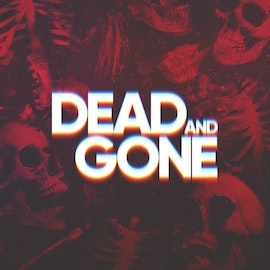 Two fans of the Grateful Dead wind up violently beaten, shot at close range and murdered. Did the wrong man go to prison?

Why have so many fans of the Grateful Dead gone missing or been murdered? Is there a connection to one of the most iconic rock bands of...
Let's Go!

Is a confrontation between two Deadheads related to Mary and Greg’s murders?
Let's Go!

In 1985, two Grateful Dead fans were brutally murdered. For the last three decades, rumors have circled around the Dead community that the wrong man was put in prison for it. One of the most iconic bands in American history, “The Dead” as they are affectionately called by their fans—self proclaimed "Dead Heads”—have been dogged by a darkness that has followed them since its inception. Despite the Grateful Dead’s ethos of peace and love and communal music, this darkness has led to the murder and the disappearance of some of the band’s most dedicated fans. Hosted by popular podcasters Payne Lindsey of Up and Vanished and Jake Brennan of Disgraceland, this podcast combines the distinct storytelling styles of both Payne's investigative style and Jake’s single-voice narrative style. From Tenderfoot TV and Double Elvis, this is Dead and Gone, a long, strange, deadly trip.New episodes every Thursday